Endocrine surgery is a medical specialty that focuses on the diagnostic approach and surgical treatment of diseases of the glands that produce hormones that trigger fundamental processes for the proper functioning and well-being of our body.

What is an Endocrine Surgeon?

Endocrine surgeon formation is oriented in the total understanding of the glandular disease process, the broad mastery of the surgical techniques used to treat them and the comprehensive care of the patients who suffer from them.

The endocrine surgeon dedicates his daily practice on treating conditions of the thyroid, parathyroid, adrenal and pancreas glands, which potentially require an operation for their adequate resolution. Endocrine surgeons frequently is found with one foot in the medical world and the other in the surgical world. 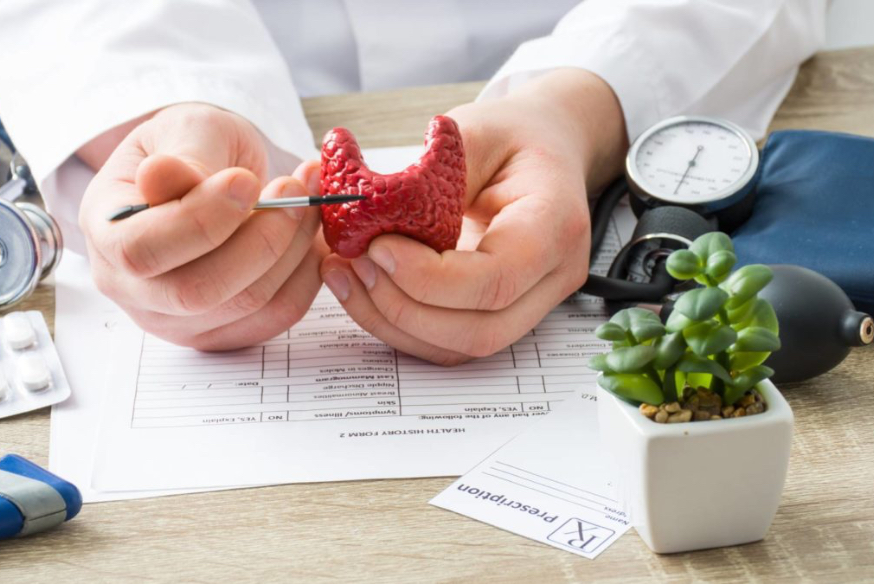 What are the most common endocrine diseases?

A thyroid nodule is an abnormal growth within the thyroid gland. They are relatively common, being present in about 5% of the people. Nodules are usually found because they are perceptible to simple sight, are palpable, or appear on imaging studies. The presence of a nodule does not always mean that the gland is not working properly.

The importance of studying a thyroid nodule lies in the risk that each one, due to its individual characteristics, has or does not have a risk of being malignant. Most of nodules are benign in nature and do not require further treatment or intervention. However, it is important to differentiate them from those who do not, since timely intervention and treatment are key to reach a cure for the patient.

Thyroid cancer is a highly prevalent disease in our environment. It`s the cancer that has registered the highest growth in terms of the number of cases over the last 3 decades, even above other pathologies to which more attention is usually paid such as breast cancer, cervical cancer, among others.

The most common form of thyroid cancer is papillary carcinoma, which is present in 80% of the cases. Being diagnosed with papillary thyroid carcinoma can be distressing at first, however, most of them exhibit slow growth and in most cases it can be completely removed. This disease can occasionally spread to the lymph nodes of the neck and this, despite the fact that it speaks of a more advanced disease, rarely substantially worsens the final prognosis, which is frequently excellent.

Multinodular goiter is an abnormal and disorganized growth of the thyroid gland. There are two forms of this disease. 1) One that has an exacerbated function of the gland in which large amounts of thyroid hormone are produced (toxic goiter) and 2) one that does not produce an excess of hormone (non-toxic goiter). When the multinodular goiter reaches a certain size, it can cause compression symptoms (difficulty swallowing or breathing) or it can become very obvious and not very cosmetic. In these circumstances, surgical removal of the gland may be considered to correct this scenario.

Hyperthyroidism is a disease characterized by an exaggerated production of thyroid hormone by the thyroid gland. There are several types of hyperthyroidism, including Graves' disease, toxic multinodular goiter, toxic adenoma, among others. Most of the time, these diseases are treated with medications or administration of radioactive iodine, however, under certain conditions it is advisable to solve these problems surgically.

5- Other endocrine diseases such as hyperparathyroidism, adrenal tumors, neuroendocrine tumors

Opt for a positive change in your life

We have a team of specialists in endocrine surgery, ready to attend to your needs and help you achieve your goals. Learn about our procedures. 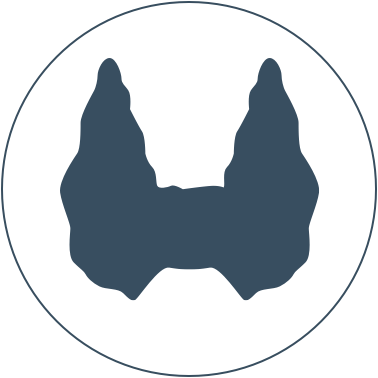 We are your best alternative

The endocrine surgeon knows in depth the pathophysiological processes of glandular diseases. This allows you to perform a comprehensive and complete approach through the different phases of the disease, diagnosis and treatment. 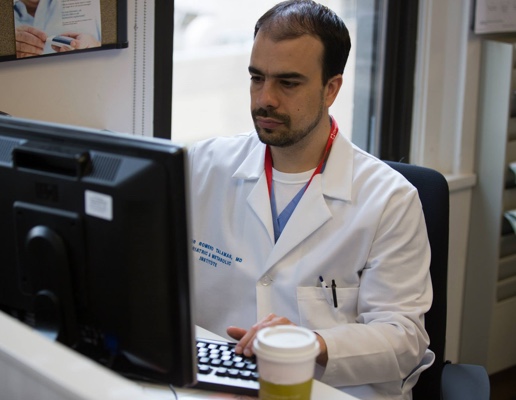 Endocrine conditions are mostly complex and intricate. The endocrine surgeon adequately understands the processes that lead to the disease and its biological behavior, which is why he is able to correctly discern between cases that require surgical treatment and those that can be treated more conservatively, frequently avoiding unnecessary interventions. and vice versa.

The highly specialized training received by the endocrine surgeon allows him to recommend an appropriate intervention to each of his patients. Factors such as the type of approach, the extent of resection of the affected organ (partial or complete), the need to remove or not remove lymph nodes and other adjacent tissues, among other factors, have a direct impact on the well-being and prognosis of the patient. 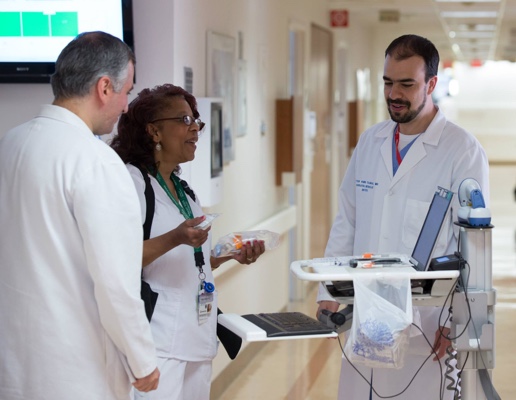 Endocrine diseases that require surgical treatment are not highly frequent. That is why it is important to receive the care and recommendations of a person who dedicates his professional life to these conditions.

Repetition generates experience and this in turn, excellent results. Endocrine surgeons perform a high number of thyroid, parathyroid, adrenal, and other gland surgeries each year. This allows them to know and master the anatomical, physiological and surgical aspects necessary for an operation to meet the objectives of curing the disease, preserving function and optimizing recovery.

Post-surgery care and ongoing follow-up after surgery are almost as important as the intervention itself.

For this reason, it`s of great importance that these are conducted by a surgeon who has a broad vision of the biological behavior of gland diseases. The endocrine surgeon knows the details and minutiae of these processes and takes care of every detail of the post-treatment evolution that is offered to his patients.

What can we do for you?

This is the moment to make a significant change in your life. Do you have any doubt?
Contact us and request more information about our procedures. 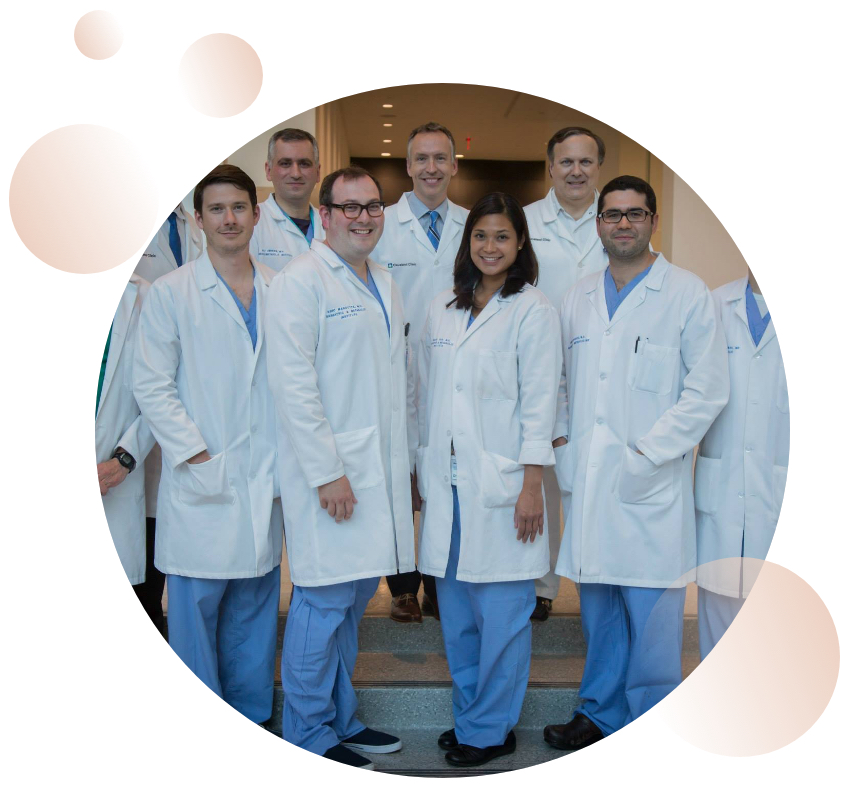